A while ago, I tweeted asking my followers whether they only read fanfiction about one pairing or if they are into multiple pairings. I got a mix of answers, but a fair number of people said they read for multiple pairings in multiple fandoms—just like me.

I thought I would make a post dedicated to exploring some of my favorite pairings and what makes them great in my eyes. If you haven't given my FANDOMS page a look, I recommend taking a peek at it to see the main pairings I read or used to read.

As I have mentioned before, I spent a long, long time as a solo-pairing shipper before expanding into someone who will read fanfiction about basically anything I'm into at the time (like come on, I've read "It's Always Sunny" fanfics). But, I will always have my favorites that I go back to whenever I'm bored or if I run out of good fics about my most recent pairing.

I watched "Teen Wolf" since the first episode aired and even stuck around through the mess that was seasons five and six. When I first watched it, I wasn't a fanfic reader and I didn't really even ship things that weren't canon (tragic, I know). But as an avid rewatcher, one of the times I watched the series when I was older and deep into the fanfiction world, I realized the beauty of Sterek.

Since then, I've read many, many Sterek fics—a number that is only second to the number of One Direction fanfictions I've read. It is also one of the only ships that I will read nearly any type of fic for. Luckily for me, Sterek is a hugely popular pairing, and even though the show has ended, there are still many Sterek writers out there, so I've got plenty of good fics to choose from whenever I go back to the pairing (AO3 is nearing on 60,000 Sterek fics).

I loved "Teen Wolf" a lot when it was airing, but there were also a lot of issues with the show—specifically, for me, the lack of depth to the storylines the writers focused on. There is so much more supernatural lore that they could have explored (werewolf culture and traditions, what's really up with banshees and kitsunes, whatever that bit of magic Stiles did in season two was, etc.) and the fact that they just threw Derek's tragic backstory in as a reason why he's so broody and grumpy all the time instead of really delving into it is a travesty.

That lack of deeper thought is what makes me like "Teen Wolf" fanfictions better than the actual show. Both Derek and Stiles are characters who have really interesting backstories or captivating personalities, but who got a backseat to the snoozefest that is Scott McCall. (Ok that was kinda rude, I like Scott just fine, but he's a bit boring to me, and not a very good friend, honestly.) And while I wouldn't ship Stiles and Derek in the context of the show, if they were given a bit more attention and TLC, like fic authors give them, I think they would make a great couple.

I didn't go looking for SanSan when I was first getting into "Game of Thrones" fanfics, but it found me anyway. It was a ship I had never even given a thought to while watching the show, but after getting bored of Jonerys and not being into Braime enough to delve into that pairing, I decided to give a highly rated SanSan a shot, and now here we are.

"Game of Thrones" / "ASOIAF" isn't a fandom that has a lot of fanfictions (the whole fandom has about two-thirds the amount of fics as the ones that are just about Sterek), and SanSan isn't the most popular of the pairings. It's still top five, but with about 3,000 works and how fast I read, I'm running low on good, not-abandoned SanSan fics, which is devastating.

This is a pairing that I'm not super strict about the kind of fic I read for it. I've branched out from canon and canon divergent fics to some modern setting AUs, and while I haven't come across any ABO SanSans, I might even give those a try if I become desperate enough for new fics. 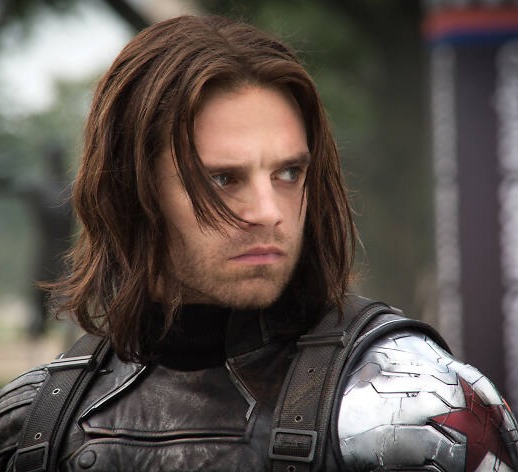 This is another ship that I didn't even consider when watching the MCU movies because one of the members of this polyamorous ship doesn't even share any movies with the other two. But now I love Darcy/Steve/Bucky very much a lot. There are less than 1,000 WSS fics, and that's another one of those tragic things I was talking about earlier.

Many of the WSS fics follow a similar storyline or pattern, but I'm not upset about it because the more WSS the better. They tend to focus around Jane Foster getting a job working for Stark Industries or SHIELD and Darcy tagging along as the perpetual intern and then becoming part of the Avengers family before shacking up with Stucky. How amazing does that sound? Wouldn't you want to be her?

The soulmate trope is a huge one within WSS fics, and a fair number of them also write her as somehow being related to Tony or Natasha. But one of my favorite things about WSS fics is the idea that a lot of them share that all of the Avengers (or most of them) live together in Stark Tower and are really just a big family of part-superheroes/part-huge dorks. That way I can pretend that all the Avengers are alive, safe and happy hanging out together for team movie night and partaking in tower-wide prank wars.

Sometimes you need some fluffy, slightly-angsty-but-mostly-happy fics to get you through the tears the MCU is known to cause.

What are your favorite pairings? Do we share any pairings? Do you think you'll give any of my favorites a shot?

Why going on hiatus is absolutely fine

I'm not even part of that fandom...